The calming sounds of waves crashing on the shores. That distinctive feeling of sand running through the toes. The postcard perfect sunsets 365 days a year. It’s a way of life for Raleigh, North Carolina-based Our Town America owner Sally Hanson has anticipated for quite some time. It’s a way of life that’s more attainable as she prepares to open her second Our Town America, the nation’s fastest growing new mover marketing franchise, location in the Fort Myers/Naples, FL metro area.

Traveling is embedded in Hanson’s soul. The mother of two adult children, she now enjoys every moment crisscrossing the globe with her husband, Roger. “We love to travel,” says Hanson. “We enjoy visiting different cultures and learning the history.” In fact, she is just coming off a trip to China. A decorated three-decade career based in sales and marketing afforded her plenty of opportunities to travel, quite often as a reward for her hard work and dedication to her craft. Hanson’s journey with Our Town America began with a trip to Hawaii.

For three years, Hanson worked with an online marketplace that allowed registered users to buy and share things in their city. As one of the top sales representatives, Hanson earned a trip to the Aloha state. Refreshed and back home in Raleigh, the company informed Hanson she was being laid off. For Hanson, the news was a blessing in disguise. 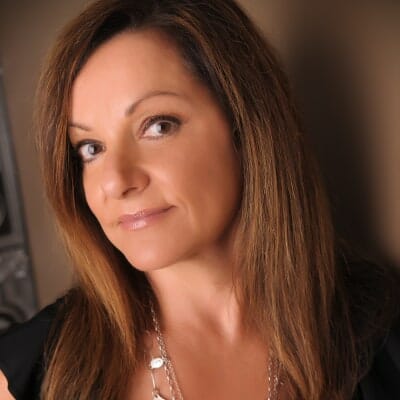 “I was tired of working for someone else, I had just had enough. My husband and I were already in the process of finding entrepreneurial opportunities when I learned I was losing my job.”

That process got a major boost as she scrolled through her Facebook feed. A post from her high school friend, Mike Fisher, popped up. Fisher, along with his wife, Julie, are co-owners of an Our Town America franchise in Tampa, FL. The couple was profiled by the Wall Street Journal in an article highlighting people who left corporate America and succeeded as franchisees. Bang! The Facebook post allowed Hanson to catch up with her old friend, as well as pick his brain about Our Town America.

The phone call, would forever change her life. After conducting their own research on various franchises, Sally and Roger concluded Our Town America was an opportunity they couldn’t pass up. “We learned about the company and determined it would be a great fit for us. The business model allowed us to be in control of our earnings, and more importantly, gave us a better work-life balance, a pathway to retirement, and control of our destiny.”

Three months after reaching out to Our Town America, Sally was the owner and operator of her very own franchise in Raleigh. The knowledge of the area coupled with her background in sales and marketing played to her strengths. So much so, by the end of the year, Sally was named Our Town America’s “Rookie of the Year.”

“I just went out there and followed the blueprint the company laid out during training,” says Hanson. “I have 25 plus years of sales/marketing experience and I’m very comfortable in this market. I lived and worked in Raleigh, Durham, Chapel Hill area for more than 20 years, so I know the area well. It’s a thriving area, one of the fastest growing metros in the country which allowed me to help several businesses gain new customers.”

Hanson wrapped up her second year of ownership similarly to her first, earning awards and accolades. She was one of two franchisees to earn a trip to Peru for having the highest revenue growth within the company. It’s those perks that confirm Hanson made the right choice. “I wish I would’ve done this years ago. I love having my own business and being in control. It hasn’t been all roses, but once I made the jump, it has and continues to be a really good journey.”

It’s a journey that Hanson says wouldn’t be possible without the support from her husband. “It is vital to have a supportive spouse and I certainly have that with Roger. He’s the one who said, ‘you can do this.’ I wouldn’t have taken on this venture without him.”

While Sally carries the bulk of the load, Roger is there to assist with the business. He works behind the scenes, handling billing and other back end functions, but mainly, he is Hanson’s number one advocate.

Together, Sally and Roger are preparing for their next journey. The Fort Myers/Naples, FL location is opening-up this October. Sally is optimistic for the area’s potential. “The housing market is booming, the area, similar to Raleigh, is experiencing excellent growth in housing and overall economy. More importantly, it’s warm during the winter months, we like the area and may consider moving there permanently in the next several years.”

Our Town America has made Hanson’s retirement dreams an achievable reality. For those looking to make the leap into entrepreneurship, she says don’t hesitate. “Our Town America is a great company, particularly for those who have a strong sales background. If you’re self-motivated, and if you can get out there and sell, Our Town America is a wonderful opportunity. Go for it!”

Do you want to realize your own business ownership dreams, like Sally Hanson?  Does the Our Town America franchise opportunity sound like it could be for you?   If so, learn more at https://www.ourtownamerica.com/franchise-us/.